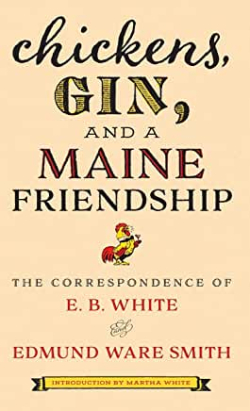 In these pandemic times, we have a well-oiled operation for food gathering. I pull up at the restaurant, click “I’m here,” and within minutes a masked stranger approaches the car. I crack my window a paper-thin virus-inhibiting sliver.

How about that? He knows my name. Yes, I say, and I open the window a bit wider and wrench our meal from his gloved hands, compacting it as I pull it through the opening. I am thankful beyond measure.

I park in a spot under a tree, for shade and ambience, at the corner of the car park where I can watch drivers, some masked, swivel in. We put down the windows. It’s hellish hot but, hey, God made it and so it’s good, right? I think to myself that it really doesn’t get much better than this: food, good company, conversation, shade, a slight breeze off the Atlantic, some 120 miles east, a table with a view, people at a distance. A bird alights on a tree branch no more than four feet away, beak open. The floor show. He looks at me, mouth still ajar.

“I think they do that to help cool off,” she says.

“Ummm.” I think it’s a ploy, currying favor. I know better. He has a good life here in the penumbra of “my pleasure.” Yet she is most likely correct, as she is the nature watcher; I, lost in my head. He hops onto the hood right in front of me, beak still open. I consider the horn for amusement, then reconsider given others’ sensibilities. Poor bird. She tosses him a french fry. Our pleasure, I prepare to say, but decide against. He’s either blind or ignores the fry as in poor taste, as beneath him. He arcs away.

I find suitable music, something teary and world-weary to make us oh so thankful we don’t live in the song and which makes the food taste even better, while she whips out trays and placemats. We have assorted condiments, neatly stowed in zip lock bags. We’ve gotten good at this. I say grace, obliged to have food, and then it’s game on. Yahtzee. I click the box, “Play with a friend.” That’s how it all began, as friends.

I prefer that she win, and I often tell her so, yet I don’t think she believes me. She is just more competitive than me. And I’m used to losing. Really. I rarely win at games, and I deeply dislike timed games. Too stressful. Or games where eyes are on you. I thought I was alone in this until an office party given by support staff required our participation in a timed, team tournament which required a lot of balloon popping and educated guesswork. It’s unbelievable how nervous one can get about throwing a dart at a balloon in the presence of 25 other people. It could have been the Olympics. Another attorney, Robert, was visibility perspiring at the task, up next in the competition, rattled by the attention. I sympathized with his discomfort. We talked about it. My team lost, of course. Don’t pick me for your team. You’ll lose. Losing is just so much less stressful.

What? I won Yahtzee? That’s grace. God saying you’re lost but now you’re found. I said, “I wish you had won,” and she said, “I wish I had too. Let’s go again.” I don’t exactly remember if she actually said that, but I suspect she thought it. We played again, and she won. Next time she can take a victory lap around the car. She’s still my friend.

“P.S. A pileated woodpecker stopped by here yesterday morning for about half an hour. I am enclosing a chip he threw down from a tree on our front lawn, where he was trying out a hole for size.”

I love that. It’s from a letter by Edmund Ware Smith (“Smitty”) to E.B. White (a/k/a “Chief", or "Whitey"), “Tuesday, 1957,” written between the time of her birth and mine, I think, two middle-aged men writing witty letters to one another. And sending a wood chip in the mail. I thought about that because of the begging bird on the hood just now, who took his open mouth and left.

It’s from a newly published book, Chickens, Gin, and a Maine Friendship, which collects the letters White and Smith wrote to each other between 1956 and 1967. The letters were given to the Skidompha Public Library in Damariscotta, Maine by White in 1980. From there they went into a vault, not to be discovered until September 2018, when a bank clerk pried open the creaking vault and, pfffffffffff, blew the dust off a stack of yellowed envelopes, and tossed them on the desk of former director of development (how much development can there be in tiny Danariscotta, population around 2300?) Torie DeLisle, who, believe it or not, is not a mature 86-year old bespeckled retired schoolmarm but a youngish thirty-something farmer. She wrote the preface to the book, in which she called the letters a “rare and precious gift” twice in five paragraphs. And so they are.

“You gonna take your turn?”

“What are you thinking about?”

Chickens and gin. Bar Harbor, Maine. Whales. The aged. Those letters just laying there in the dark for 40 years. My disappearing food. “Oh, that bird. Where’d he go?” I asked.

If you wondered about those proper names, so did I. Skidompha is an acronym of first letters in the names of Skidompha’s library’s founding club members and, according to the library’s website, started its existence above the Charles M. Jones General Store on Main Street in Damariscotta. And that town name, Damariscotta, is an Indian name meaning “river of little fish.” So now you know. Well, the river of little fish caught a bigger fish with these letters, I’ll say.

It takes a little longer for her to eat than me. Well, it takes about ten times as long. That’s because she paces herself, and I don’t. It’s in the genes. Her father could spend 30 minutes on one Taco Bell taco, whereas I can eat one before I knew I had one. Sometimes I look at my shiny clean plate or empty tray before me and wonder what happened.

“He just didn’t enjoy his food as much as you,” she says.

“I’m just passionate, that’s all,” which explains a lot. . .and nothing. I’ve tried slowing down, but it feels like playing a 45 rpm record at 16 rpm speed. And if I have to explain that to you then you’re too young to be reading this.

“Very dark here today--just enough light in the sky to strike a match by,” says Whitey to Smitty on New Year’s Day, 1958, a wonderful description of a nearly pitch dark day and of a time when people carried matches for, as they say, “their matchless friends,” and lighting up after a meal was common. That seems like a pleasant habit, a relic of bygone days, except for the fact that it will kill you. About Strunk and White’s The Elements of Style, which White was in the process of revising in 1959, Smith says, “It made me try to write sentences with no words, which its why you haven’t heard from me before now,” recalling Strunk’s famous exhortation spit in exasperation at his thick-headed Cornell students: “Omit needless words! Omit needless words! Omit needless words!”

I’m sorry, that’s enough excitement. I dislike sentences with exclamation marks, which occurs regularly in texts and emails. But it is a direct quote.

Well, we’ve finished the meal and the game. Time to go, I suppose. Yet I like our corner, our tree, and even the bird who has the spunk to openly beg. We might just linger for a while.

Both White and Smith were published in a large, five pound (says Smith) 1965 textbook entitled Values in Literature. Smith summed up their contributions: “ My piece is an honest thing about crawling through a sewer pipe. Yours is an equally miserable thing about hens.”

And you, reader, have had to endure this meager offering about the most mundane of subjects: take out. You can thank me later or just omit these needless words. Just remember: There is nothing so mundane that one can’t write about it. Underneath the mundane, there’s always a bit of magic. . .miserable, magical mundanities.