The Weight We Bear 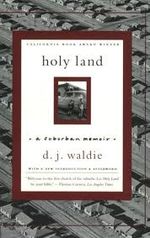 What is beautiful here?
The calling of a mourning dove, and others answering
from yard to yard.  Perhaps this is the only thing beautiful
here.

In my graduate urban planning classes in the early 1980s, the post-WWII suburb of Lakewood, California was a whipping boy for all that was wrong with suburbia.  Stark black and white aerial photographs of what appeared to be a treeless, cookie-cutter development laid out on a grid were offered as examples of all that was wrong with suburban design.  One graduate text, Ian McHarg's Design With Nature, countered the kind of economic calculus that dictated the design of Lakewood, popularizing the notion of ecological design --- a humane, organic, and symbiotic relationship between nature and the built environment.  It was the kind of design by which we ended up with planned communities like Reston, Columbia, The Woodlands, or Celebration.

But I didn't grow up in that kind of planned community, but on a suburban Greensboro street.  Neither did D.J. Waldie.

Holy Land: A Suburban Memoir is not like any book I have ever read.  It consists of 316 readings --- most a few paragraphs long, some consisting of only a couple of sentences --- that are Waldie's reflections on the history of Lakewood and his life there.  One might call it an extended prose poem or, at least, poetic prose.  Certainly it is spare prose.  Mostly his reflections are narrated in the first-person, and yet on occasion he abruptly changes to a third-person voice, stepping out of himself to look on himself and his life in Lakewood as if to confirm his existence, to objectify his subjective musings.

His is a memoir that contains an understated affection for a place.  Though Lakewood's builders were exclusively concerned with maximizing profit, on putting as many houses as they could into the 3500 acres which they bought, his reflections are a testimony to the fact that even a place laid out on a grid, where the houses look similar in size and style and where one place could just as soon be another, can be invested by their human inhabitants with meaning, purpose, and community.  Yet he never says that.  He lets it be seen in what he doesn't say or what his observations imply.

You leave the space between the houses uncrossed.  You
rarely go across the street, which is forty feet wide.
You are grateful for the distance.  It is as if each house on
your block stood on its own enchanted island, fifty feet wide
by one hundred feet long.
People come and go from it, your parents mostly and your
friends.  Your parents arrive like pilgrims.
But the island is remote.  You occasionally hear the
sounds of anger.  You almost never hear the sounds of love.
You hear, always at night, the shifting of the uprights, the
sagging of ceiling joists, and the unpredictable ticking of
the gas heater.

What he gives voice to is the tension of being together, and yet apart, of lying in a bed not 15 feet from the wall of a neighboring house where someone else is lying in bed, and listening, thinking, and wondering about life, like  you, and yet in some sense still a stranger to you.  Lying there and waiting.

On Idlewood I spent my first years in a house no bigger than the 1100 square foot houses of Lakewood, houses laid out at right angles, a more generous four to an acre.  We were middle-class, before there was upper-middle class, before I knew anything about class, just people who were rich and the rest of us.  In the mornings, fathers went to work.  Most mothers stayed home. Postage-stamp backyards were populated by children, swing-sets, clothes lines, and barbecue grills.  At night I lay in bed and listened to the low murmur of my parent's voices, to the chatter of my sisters, to, finally, the "shifting of the uprights, the sagging of ceiling joists, and the unpredictable ticking of the gas heater."  Well, at least the latter I remember, the furnace on and off, the frightening thought of the demon that lived in the pilot light.

Then, my street seemed to stretch for miles, the houses generous.  To cross the street took parental mandate.  My world was circumscribed.  Had I seen an aerial photograph I would have taken note of monotony, of uniform rooftops at right angles on grid.  Power company.  Park. Highway.  Zoom in and see a blue station wagon parked street side, steps and walkway from the street to the front door, and me and my friend Georgie, in a sandbox with trucks.

Zooming in now compliments of Google World, I see the same house, same walk, same streets.  Someone is living in my home.  Children are playing.  If I listen to those early memories, I even hear the screen door flapping as we run in and out, in and out.

Waldie never left his 1100 square foot house.  He lived there with his parents until they died.  Then he kept living there.  He went to work for the City of Lakewood.  He invested himself in his place.  Neighbors died and new families moved in, creating a more multi-ethic neighborhood in place of the uniformly white neighborhood of his childhood, one where "Negroes" could not even be sold a house.

He stayed.  He cared for his parents and watched his mother and then father succumb to disease and death.  He remained unmarried.  He rooted himself in his parent's Catholic faith.

He could not choose to deny his father, even less his father's
beliefs.  These have become as material to him as the
stucco-over-chicken-wire from which these houses are
made.

"I am still here," he often tells himself.  This is how he has
resurrected his father's obligations, which he sometimes
mistakes for his father's faith.
"I will never go away," he once told the girl he loved,
because it suited her desperation and his notion of the
absurd.
Loving Christ badly was finally the best he could do.

He stayed put.  After college he came back home and got a job.  He spent years seeing the details, the particulars of his house and surroundings, walking home from city hall on straight flat sidewalks four feet wide, by streets 40 feet wide, separated by a strip of grass seven feet wide, one tree required in front of each home on that strip of grass.  He details the construction of the home, its foundation, walls, rafters, attic, and roof.

This pattern --- of asphalt, grass, concrete, grass --- is as
regular as any thought of God's.

When I was about four, we moved to another suburb with more generous lots and larger, colonial styled homes.  You could no longer as easily hear what the neighbors were engaged in, though air conditioning was still minimal, windows still open, and sounds still wafted from the rooms next door.  We gathered around black and white TVs, watched Bewitched and I Dream of Jeannie, dialed for dollars and ate bologna sandwiches.

My mother watched The Fugitive with David Jansen, a man unjustly accused.  She was riveted by his adventures.

We knew our neighbors, and then we didn't.  Each house stood alone, and yet we shared what developers had left us.  Wide streets.  Streetlights.  Curb and gutter.  And yet McHarg would have been glad to see the contours, the curved streets, the natural areas around streams, the hills retained, unlike Lakewood with its "houses on ground so flat that the average grade across the city's nine-and-a-half square miles is less than a foot."

We had no black neighbors then.  A Jewish couple did live across the street, a fact referred to respectfully as if righteous Martians had come among us, as in "they bought a new car, you know. They're Jewish."  We reminded ourselves that aliens were among us, a peculiar people, God's people.

My friends and I knew that neighborhood in a way our parents never would.  The paths we traveled took us through unfenced backyard shortcuts, through creeks and tunnels under roads, unbounded.  Our parents navigated streets; we traveled lightly, off-road, free.

Or I did, until my father died when I was just 14.

Holy Land is a mixture of scruptulously researched history and science of a place and terse, sometimes enigmatic, personal narrative of life in that place.  At one point Waldie muses on the aquifers that lie under his house, vast underground reservoirs of water that for many years supplied the water needs of Long Beach and Lakewood.  They have names, these layered aquifiers --- Artesia, Gage, the San Pedro Formation, Hollydale, Jefferson, Lynwood, Silversado, Sunnyside.  He speaks of them as if they are a part of him and his small home.  And technically, they are, as real property lawyers would say that if you own property in fee you own all the land right down to the center of the earth.  But he doesn't go that far: "Beneath them," he says, beneath all the aquifers, "two miles below my house, is a wide nameless valley."

Elsewhere, he details the city's flood control system, peculiar city ordinances (like one forbidding the telling of the future), the personal histories of the city's developers, real estate sale practices ("We sell happiness in homes"), shopping centers, and people of his neighborhood.  None of this is boring.  These ordinary details of life, taken together, give a richness to life without portraying it in a simplistic, sentimental, or nostalgic way.  Taken together, it doesn't glorify suburbia, and yet it dignifies these communities as places where real people live and love and get along, mostly.

The critics of suburbs say that you and I live narrow lives.
I agree.  My life is narrow.
From one perspective or another, all our lives are narrow.
Only when lives are placed side by side do they seem larger.

I have lived in the same home and same city for 29 years.  While that is less than half that of Waldie, and while I do not live in the house in which I grew up, I know something of what it means to stay put, of the constriction of choice that arises from a commitment to place.  We had a house fire.  We did not move.  We are very soon to be empty-nesters.  We do not plan to move.  To stay put constricts choice, entails a certain kind of narrowness.

In one quote early in the book, obtuse on its face, Waldie says "each of us is crucified.  His own crucifixion is the humiliation of living the life he has made for himself."  I did not understand the quote until the last essay in the book, where he links that crucifixion to that of Christ.  He describes a Good Friday service, and ends with a stanza of a traditional hymn, the Latin words of which are translated as

If we stay put, what we bear is the weight of place, the constriction of choice, the burden of community, the inescapable obsolescence of all we see.  And yet, that humiliation, like Christ's, is grace and sets us free, gives us real life.

A place is more than wood and nails, though it is that.  It's the weight we bear.  It's the price of loving His world.  It's the "answering from yard to yard."